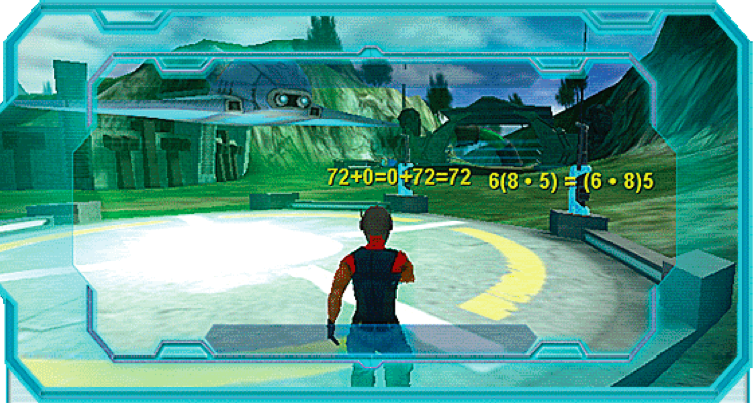 CAJI/IS and VNS Exclusive – The Endgame Coming Soon to Your School?

The Endgame Coming Soon to Your School
by
Chuck Frank

Microsoft, is one of the leading video game makers and the creator of the Xbox. Presently, Bill Gates’ goal is to bring into the public school classroom “educational” versions of new video games that make them “perfect” companions for standardized testing, but one must ask the question, what truly is the ideal companion for testing? Is it a screen that you can be looking at for hours on end or an inspired and colorful teacher who captures the attention of the student in ways that go far beyond a video game? If Bill Gates and the rest of the entrepreneurs out there can make a buck off of a video game in a classroom they will absolutely do it even if it does not lead to higher intelligence and proven technology for a future career.

Though video games can be tolerable because they come with colorful visuals and seem to respond directly to inputs, they are not personalized teachers. Video games are provocative, but beautiful and transfixing, yet they are also isolating and can become boring. And even if a student does well in testing through this medium, it does not necessarily mean that the student is becoming smarter and can accomplish tasks more efficiently in real life.

Also, it has been noted again and again that increasing student scores rarely correlates to intelligence. In 2012 researchers from Western University published results from a survey of 100,000 people arguing that standardized intelligence tests were poor measures of cognitive ability.” Then, add this to the fact that test scores nationwide are in decline while
some schools in America are already gearing up to bring in educational games into the classroom. Will it benefit or will educational game theory add to an even further learning decline among other numerous problems that are already facing educators and students?

Let’s compare a flight simulator to flying an airplane. The software needed to realistically simulate flying a Boeing 777 is readily available. Microsoft Flight Simulator, a self-described “ideal complement to formal flight training and real-world flying,” lets people adjust complicated controls to fly a jetliner through different weather and landing conditions. Yet, jumping straight from software to successfully landing an airplane, would be extremely difficult because mastering the feel of a jetliner takes a lot of hands-on training, said NBC News aviation expert Bob Hager in a conversation with NBC News’ Lester Holt.

Now, put that into the context of bringing similar game learning concepts into a classroom that is already experiencing major problems. It could become a really hard landing.

In my opinion, what is missing most in the classroom are teachers who are sensitive, encouraging, inspirational, and who can impart the desire and the need to learn basic skills that will be extremely valuable later on in life. Still, the proper curriculum is also a huge part of the equation. This is something that still needs to be fine tuned. Not everybody is going to be an astronaut and go to college.

Finally, when looking at all of the variables that are present in education, introducing experimental learning skills via video games into an already new and untried, nationalized (Common Core) educational system, in my opinion, has all of the elements of being a very risky proposition and a total failure.