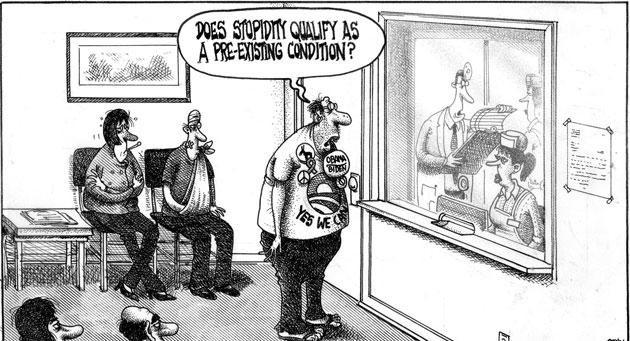 “A Time for Choosing” by Ronald Reagan

Dershowitz: “I spend 80 per cent of my time supporting Israel.”

Will the Real Equinox Please Stand Up

The Death of American Populism

U.S. may expand use of its prison in Afghanistan

A little secret about Obama’s transparency

A Ruinous Meltdown, State After State

Counter Surveillance Camera detects binoculars, cameras and rifle scopes pointing at you and even people staring

“saying the vaccine is contaminated with material from a pig virus.”  Oh good – now with national death care, lot’s of people can get free vaccines!  Now, more funding to the WHO, emergency declarations and population control.

U.S. to Beef Up Cybersecurity Overseas

After health, Obama allies zero in on climate

Soldiers on Sale… Who’s In Charge of These Hired Killers?

Broadband plan would vastly expand government power over the Internet

Don’t You Believe in Global Warming?

What are the Naked Body Scanners really for?

This is the next natural progression from socialized “health care”

The situation in the American colonies changed greatly in the years since Patrick Henry delivered his widely noted “Treason” speech in 1765 as a protest against the Stamp Act. The Boston Tea Party in December 1773 had prompted a crackdown by British authorities, who singled out Massachusetts for especially tight royal supervision. Trade and local governmental activities were suppressed and Boston was placed under martial law. As a reaction to these events, the First Continental Congress convened in September 1774, giving expression to the belief that violation of rights in Massachusetts threatened liberties throughout the colonies. Congress urged resistance to the “Coercive Acts” and called for the formation of militias and a boycott of British goods. Parliament reacted in February 1775 by declaring the American colonies to be in a state of rebellion.

Following this torrent of events, a second session of the Virginia Convention opened in March 1775 at St. John’s Church in Richmond. The Convention was attended by 120 delegates, including such notables as George Washington, Thomas Jefferson and Richard Henry Lee. Among the delegates was 39-year-old Patrick Henry, who introduced a series of resolutions designed to prepare the colony for military action. Adoption of these measures was in no way assured. Tories were well represented at the convention and in the general population as well. On March 23, 1775, before the vote was taken on his resolutions, Henry delivered a passionate speech arguing that war had already begun and imploring the delegates to vote in favor of placing the colony “into a posture of defense… embodying, arming, and disciplining such a number of men as may be sufficient for that purpose.”

“If we wish to be free — if we mean to preserve inviolate those inestimable privileges for which we have been so long contending — if we mean not basely to abandon the noble struggle in which we have been so long engaged, and which we have pledged ourselves never to abandon until the glorious object of our contest shall be obtained, we must fight! I repeat it, sir, we must fight! An appeal to arms and to the God of Hosts is all that is left us!”

Henry’s reputation as a “son of thunder” was well deserved. He spoke without any notes in a voice that became louder and louder, climaxing with the now famous ending:

“It is in vain, sir, to extenuate the matter. Gentlemen may cry, “Peace! Peace!” — but there is no peace. The war is actually begun! The next gale that sweeps from the north will bring to our ears the clash of resounding arms! Our brethren are already in the field! Why stand we here idle? What is it that gentlemen wish? What would they have? Is life so dear, or peace so sweet, as to be purchased at the price of chains and slavery? Forbid it, Almighty God! I know not what course others may take; but as for me, give me liberty, or give me death!”

Following his speech, the vote was taken in which his resolutions passed by a narrow margin, and thus Virginia joined in the American Revolution. Read and listen to the speech here.