The Modern Man: The Future According to Toffler – VNS and CAJI/IS Exclusive

The Modern Man: The Future According to Toffler 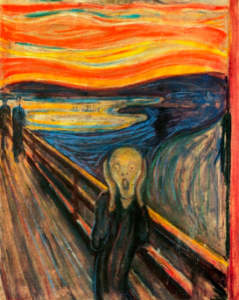 Why should we listen to any of the words of a man named Alvin Toffler? Born in 1928 this man has written several works on the future and how to implement change. He has taught many influential people at Cornell University. Now many of you have probably read about the Communist Manifesto and have come to realize how many of those planks have come to fruition. Just like that manifesto, Toffler has made more specific predictions in his book back in 1980 that we can see are coming true even today.

Ever since the 1960’s we have seen the increase of New Age ideas and the decrease of the prominence of moral people the world round. To say nothing about the Christian religion getting beheaded figuratively and literally. Toffler explains the changes that that he wants to see, “The tide … of the world today, creating a new environment … work, play, marry, raise children, or retire.” “Value systems splinter and crash, while lifeboats of family, church, and state are hurled madly about.”

His predictions read like a New York Times bestselling novel, however in reality it is disturbing and we can see it happening before our eyes. “Many of today’s changes are not independent … nor are they random.” That means these changes are planned out to be this way on purpose. These “trends are interconnected.” “They are in fact parts of a much larger phenomenon … the rise of a new civilization.”

These revolutionaries are here to “design a coherent, effective response.” Similar to the design of the Hegelian dialectic, Toffler explains what we are living out today is the end that justifies the means of a “large scale synthesis.” What this presents is a “new civilization.”

“Old ways of thinking … dogmas, and ideologies, no matter how cherished or how useful in the past, no longer fit the facts. The world that is fast emerging … new values and technologies, new geopolitical

relationships, new lifestyles, and modes of communication … new ideas and ideologies. We cannot cram the embryonic world of tomorrow into yesterday’s conventional cubby holes nor are the orthodox attitudes or moods appropriate.” (Toffler, p. 2)

Speaking of the people in general, “in the very midst of birth and life … with intelligence … emergent civilization can be made more sane, sensible, and sustainable, more decent and more democratic than any we have ever known … are likely to be stormy and crisis ridden.” (p. 3)

There will be “costs of not changing” and it will happen “rapidly enough.” And in our modern time, “A third wave phase now beginning.” (p. 4) People and businesses being forced to pay for abortions and to do work for homosexuals.

He quotes Norbert Elias as saying that the civilizing process is “a wave of advancing integration over several centuries.”

Toffler says that this is not simply a new idea for a new millennium, but a “tool for organizing vast masses of info” so the “confusing becomes clear.” He says there will even be “in every field … innovations … that are truly revolutionary.” Remember what Bill Cooper explained on the air several times. The level of technology that is held in secret is 50 to 100 years more advanced than what is on the public domain. Which if true, it would be easy for those worthy people to dazzle us with new invention in a short period of time.

Toffler even confesses that most of these ideas started, “When I was a Marxist during my late teens and early twenties.” He explains that we are “in a time of exploding change – with personal lives being torn apart. The existing social order crumbling … new way of life emerging on the horizon … intellectual curiosity. It’s a matter of survival.” (p. 5)

He is not alone in his beliefs. These are the same ideas today that we can see in our leaders and politicians calling themselves Democrats, Liberals, and Progressives today. We are “engaged in … resisting – or creating – the new civilization.” (p. 8) Make no mistake, this is the hope and change that the Obama campaign was talking about way back in the 2008 election. In reality these are the same old Communist ideas from the days of Karl Marx.

In chapter one of his book The Third Wave Toffler explains the future super struggle. “A new civilization … blind men everywhere are trying to suppress it.” I bet you can guess who the blind people are referring to. This includes, “New family styles … new economy, new political conflicts … altered consciousness well.”

Speaking from the 1960’s, “The dawn of this new civilization [is the] key to understanding the years immediately ahead. It is a civilization with its own distinctive world outlook, its own way of dealing with time, space, logic, and causality.” It will be “Tearing our families apart, rocking our economy … shattering our values … affects everyone.”

“[Zbigniew] Brzezinski has told us ‘we face a technotronic age … superindustrial society’ … a new society can come into our lives.” Toeffler continues, “Humanity … quantum leap forward … deepest social upheaval restructuring of all time … building a remarkable new civilization from the ground up.”

This new civilization of the future will be, “Highly technological and anti-industrial,” including a “new way of life … renewable energy non-nuclear families … radically changed schools and corporations … new code of behavior for us.” The new order “challenges the old, will topple bureaucracies, reduce the role of the nation state, and give rise to the semi-autonomous economies … more democratic.” This means mob rule, not freedom or Constitutional.

This group really believes that they are doing something benevolent. “With some intelligent help from us – turns out to be the first truly humane civilization in recorded history.”

The author even call this future “The Revolutionary Premise … truly different way of life … let alone a totally new civilization.” The “people – fed on a steady diet of bad news, disaster movies, apocalyptic Bible stories, and nightmare scenarios issued by prestigious think tanks … there is no future.”

“Society is inevitable destined to self-destruct within our lifetime, there is nothing we can do about it.” It is a “revolutionary premise.” In the “decades immediately ahead … upheavals, turbulence … violence. These changes are cumulative – that they add up to a giant transformation in the way we live, work, play, and think. What is happening now is nothing less than a global revolution, a quantum jump in history.” This will look like nothing people have ever seen before.

“In short, the revolutionary premise liberates [unrestrained liberty] our intellect and our will.” (p. 9- 12)

“To say that the changes we face will be revolutionary, however, is not enough.” The idea of what these people in power want to do to us is to “control or channel them.” These people believe in “history as a succession of rolling waves of change … we can influence them.” (p. 13) Our message to the people who believe in freedom and our Constitutional republic is that we need to influence this world for the better or the enemies of freedom will have more control every passing day.

“After World War II … [the] Third Wave began to surge across the earth.” After “about 1955 … white collar and service workers outnumber blue collar workers for the first time.” “Introduction to the computer, commercial jet travel, the birth control pill …” has gained force in the United States.

“Today’s reactionaries, both left and right – wing, are fighting to preserve,” the old order. “It is this world that is threatened by history’s Third Wave of civilizational change.” (p. 14) Clearly freedom loving people are the enemy of this new civilization coming wave after wave.

Prominent 33rd Degree Freemason Albert Pike wrote in his book Morals and Dogma said his Communists in the future “We shall unleash the Nihilists and the atheists.” It seems that they have been doing that very thing in America and there are doing in today. They have threatened us and have put Christianity under attack once more.